Built in 1888 as a linen factory commissioned by Jan de Kruijff under the name ‘H.C. van Hoven, Damast, Pellen and Linen factory’.  Until 1920, linen was made here using hand-woven looms. The roller was driven with horsepower. The number of employees grew to fifty. The linen was rinsed in the water before the operation and then dried on the dry meadow. In 1897, Jan de Kruijff became ‘purveyor to the supplier’. The factory was closed in 1945 and its use as a storage depot could not prevent her from decaying. The building was purchased by the municipality in 1964 and after restoration by architect Henk Smolders in 1972 used as an exhibition space and was given the name ‘t Weefhuis. 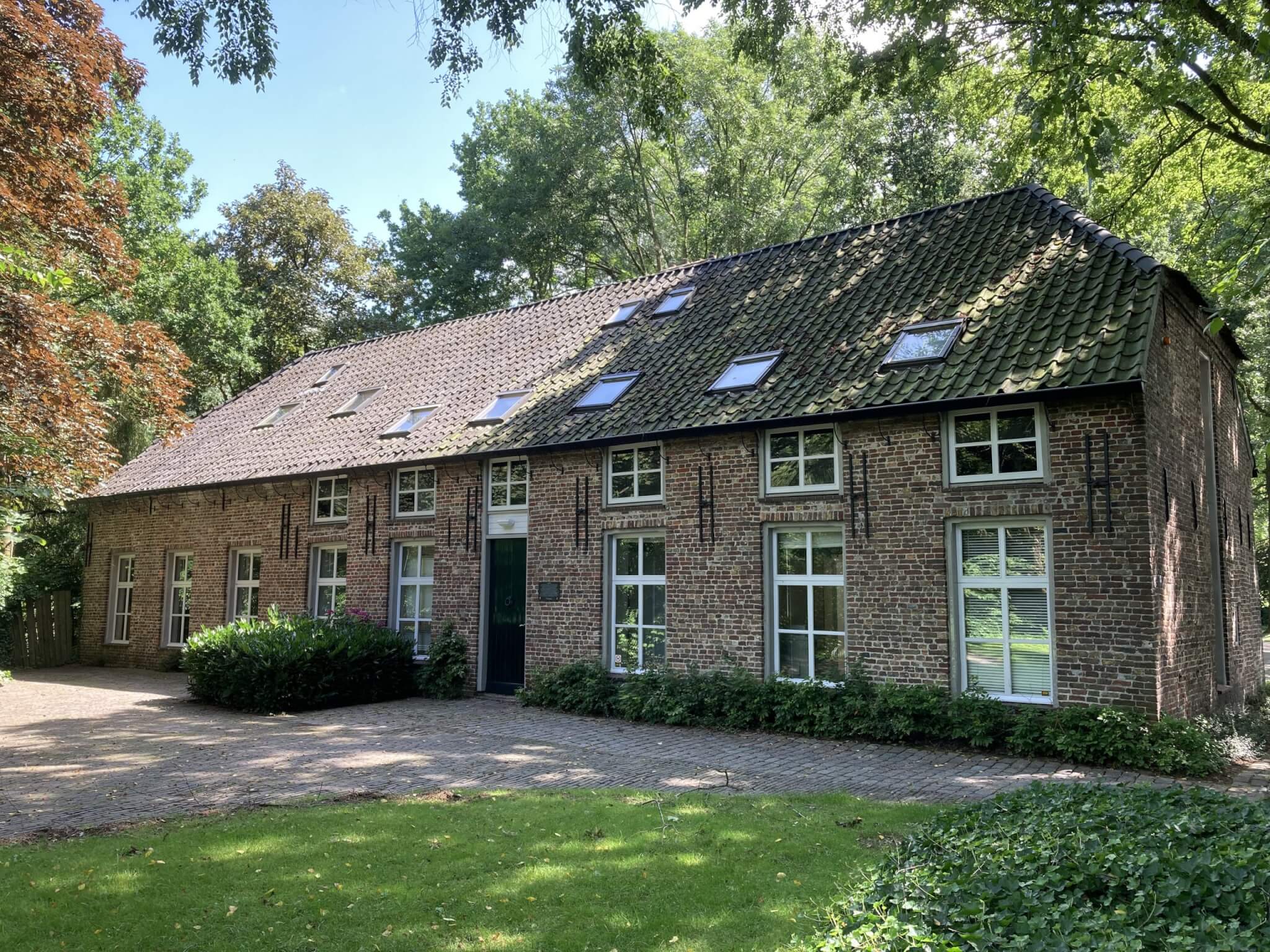