Built in 1867 as a tannery. From 1882 used as station coffee house, bicycle storage and livestock storage. A kiosk was built on the left for the harmony “Exercise and Perseverance”, which was founded in 1884. The station coffee house served as such until in 1938 the Nuenen station was closed for the passenger service. The station building from 1866 was demolished in 1972. In 1953 the former Station Coffee House was split into two houses. 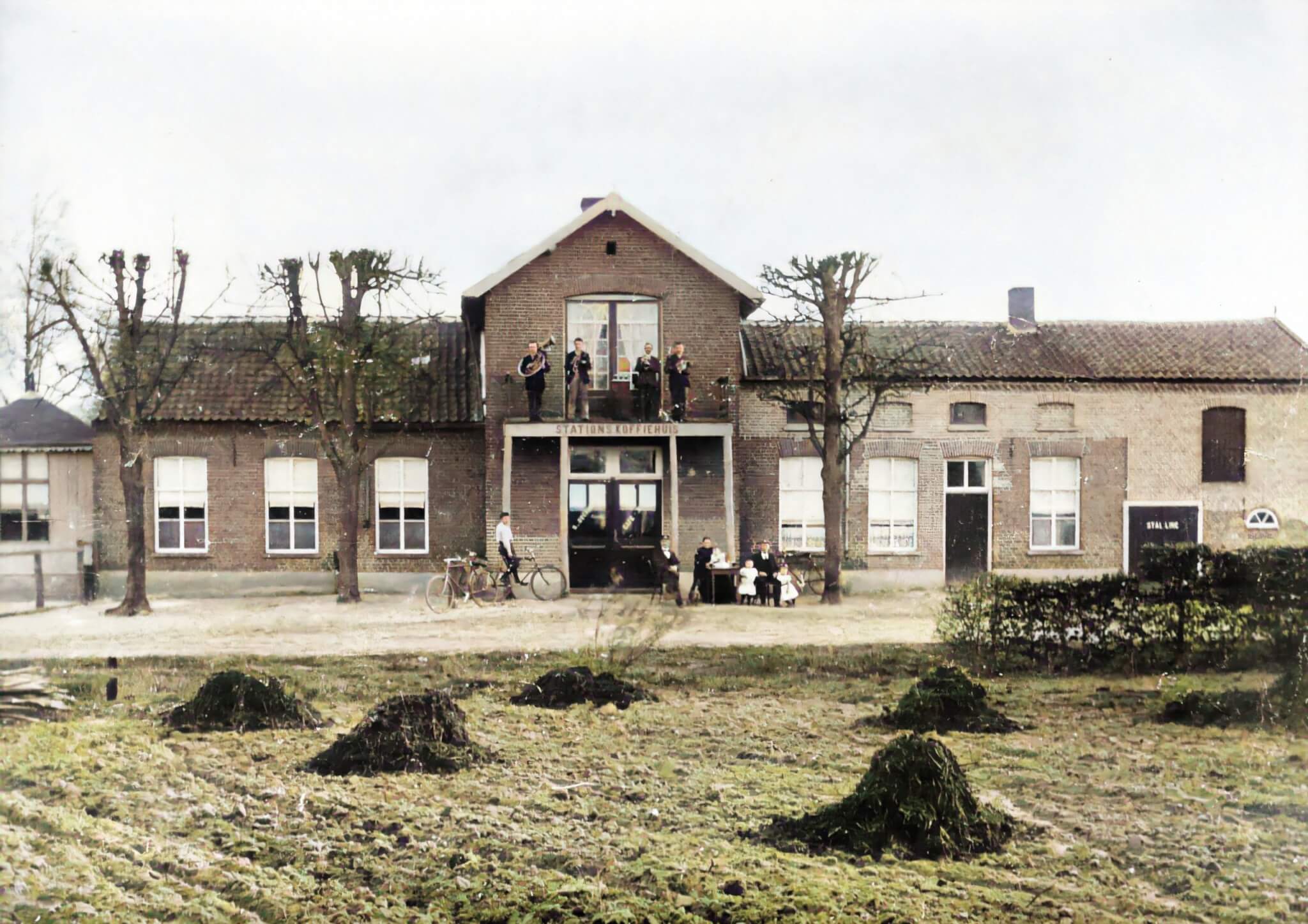