This windmill (top porter) was built in 1884, commissioned by miller Marcellus van den Eijnden. During the construction, the 15-meter-high hull collapsed, killing a mill builder. Made suitable for striking oil in 1887. The oil percussion was in use until 1930. Hendrikus Merks became the owner of the mill in 1903. The name De Roosdonck came of miller Noud Merks. In 1959, De Roosdonck fell out of service and a major decline occurred. In order to keep it, the municipality of Nuenen bought the mill in 1970. Restorations were carried out in 1972, 1984 and 1996. In 1996 the mill became the property of Hennie Merks. This windmill is featured in several paintings and drawings by Vincent van Gogh. 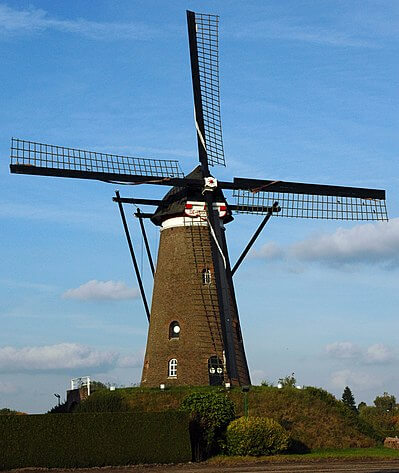